ISHO is a complex mix of functions, a hub of multiple connections which will accommodate: – a segment of the second ring of the city together with a new strategic bridge over Bega. – a second pedestrian bridge which will continue an important pedestrian road connecting ISHO with another historic district in the east of the city with a powerful NW-SE visual direction, oriented towards the massive Millennium Church, a landmark in one of the historic plazzas of the old Fabric district; – ample exposure to the riverfront; – an eastern-western connection, through an old tramway remise (to be converted into a Transport Museum and Cultural Centre).

The ambition of the urban regeneration is to develop a coherent and attractive urban athmosphere, a mixed use of work, leisure, residential and hospitality (a four-five stars hotel), upgrading also the city’s infrastructure and integrating itself in the general urban strategy. There are expected to be build cca 60.000. sqm. to rent in A Class offices, 1200 apartments, social and sport facilities, 160 rooms, a ball-room and restaurant in the Radisson Blu hotel, underground parking and technical facilities, commerce and services at the ground-floors of the residential buildings, a public plazza and a green square. 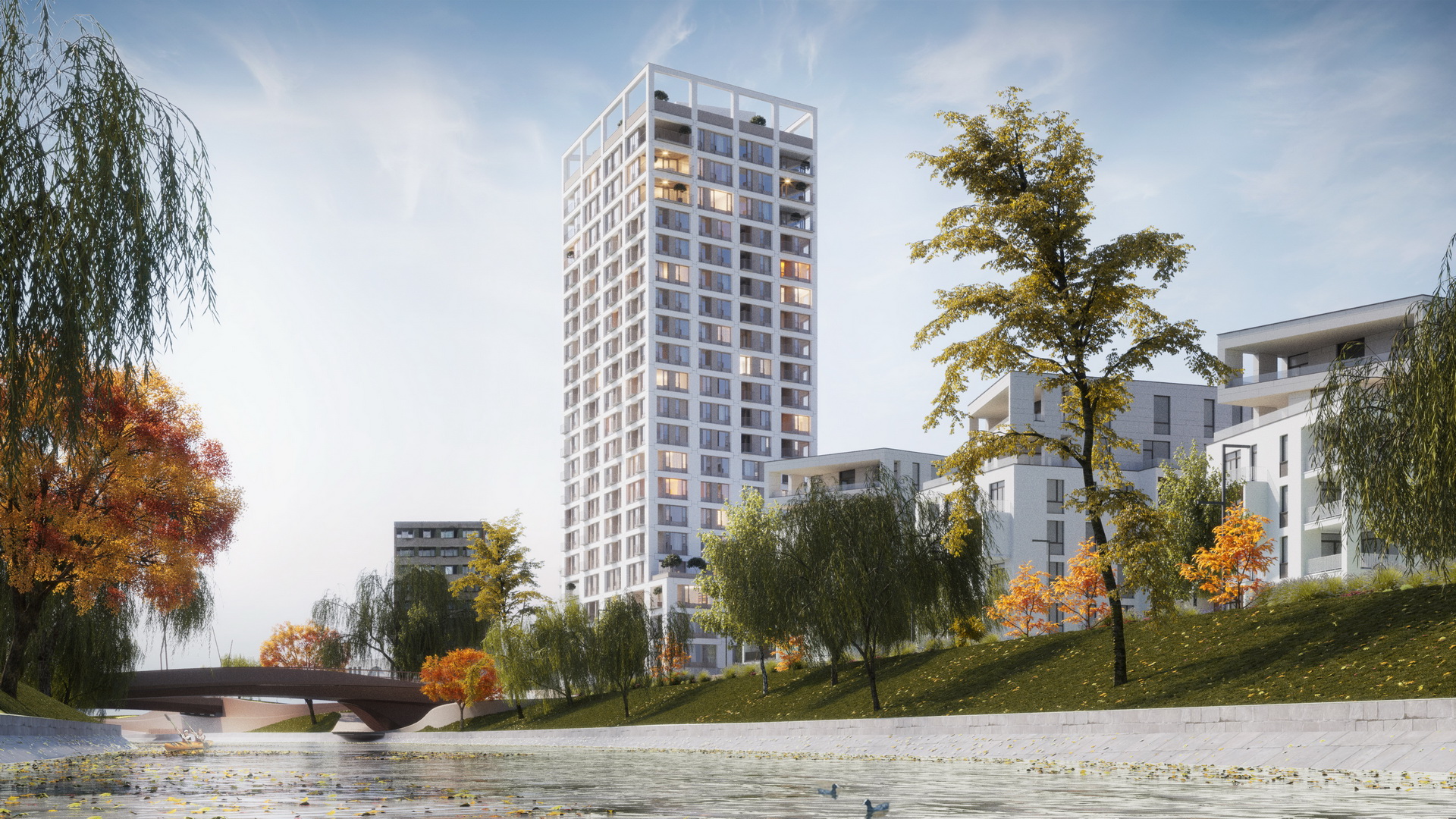 ISHO is a complex mix of functions, a hub of multiple connections which will accommodate:

The management of the complex knot of fluxes, connections, thoroughfares, viewing directions and panoramas influenced the planning strategy, the architectural design, the inner landscaping. The main strategy was to divide the site into three east-west strips – along the boulevard, along the riverbank and in-between along the future eastern connection. The northern strip will contain massive and iconic buildings (offices, hotel, high-rise apartment buildings), consistent with enhancing the boulevard image as a thoroughfare. The southern edge will contain several U-shaped apartment buildings, offering multiple views to the riverbank and the traditional districts across the river, and a high-rise, offering an iconic tower. The middle strip contains an inner plaza, defined by the S shaped office building and a green square between the northern and southern rows of buildings. The design of the public spaces with a unique parametric landscaped pattern varies from mineral to green, from public plazza or green square to semi-private inner atriums of the U-shaped buildings. The East-West strips are crossed by various transversal vectors, either transit fluxes or visual directions.

ISHO will be “an architecture collection” because of the variety of architectural languages which were put together in a complex “melting pot”. The role of the landscape pattern of the public space is to unify these different styles.

Each one of the buildings plays an important role in the ensemble: 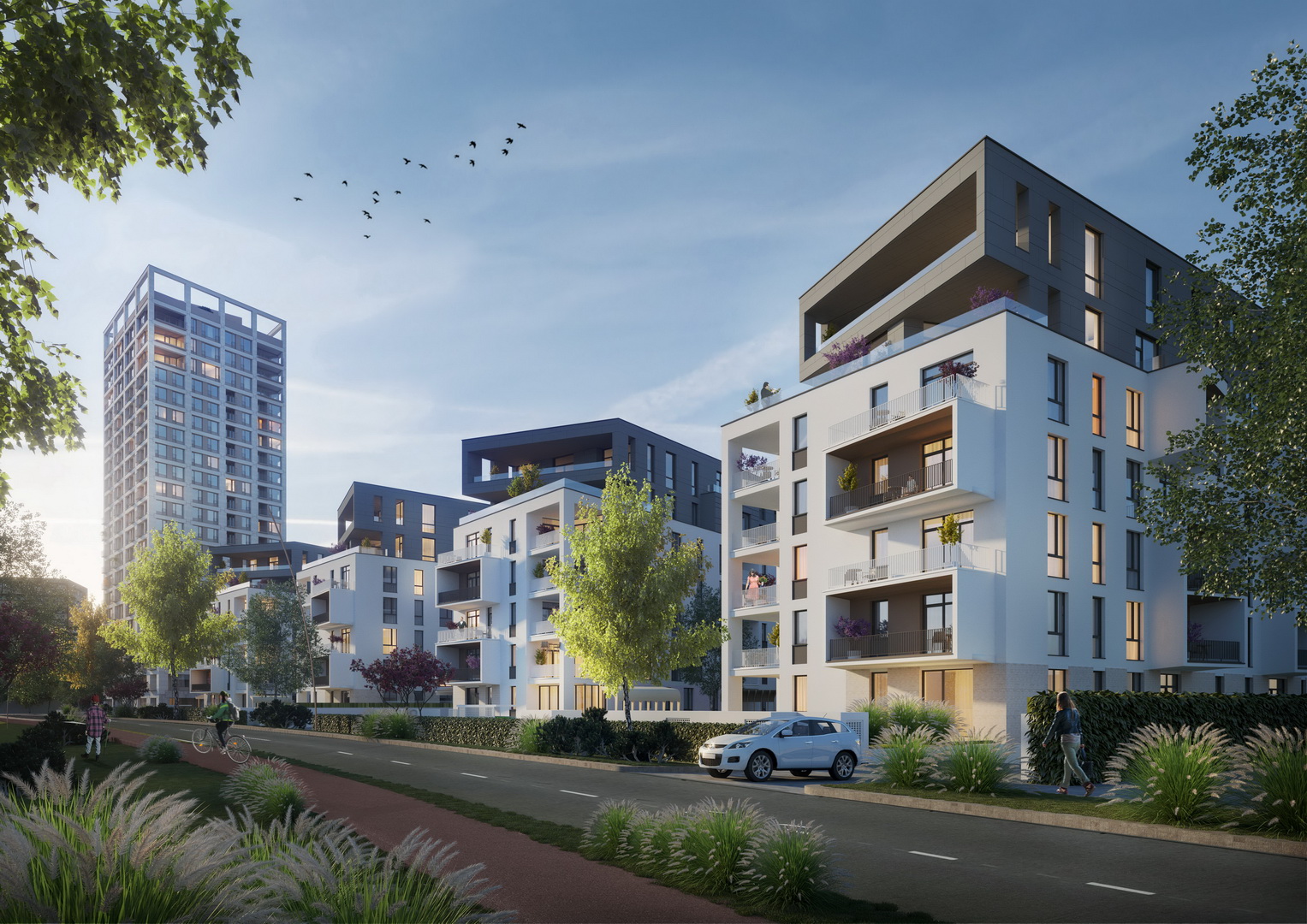 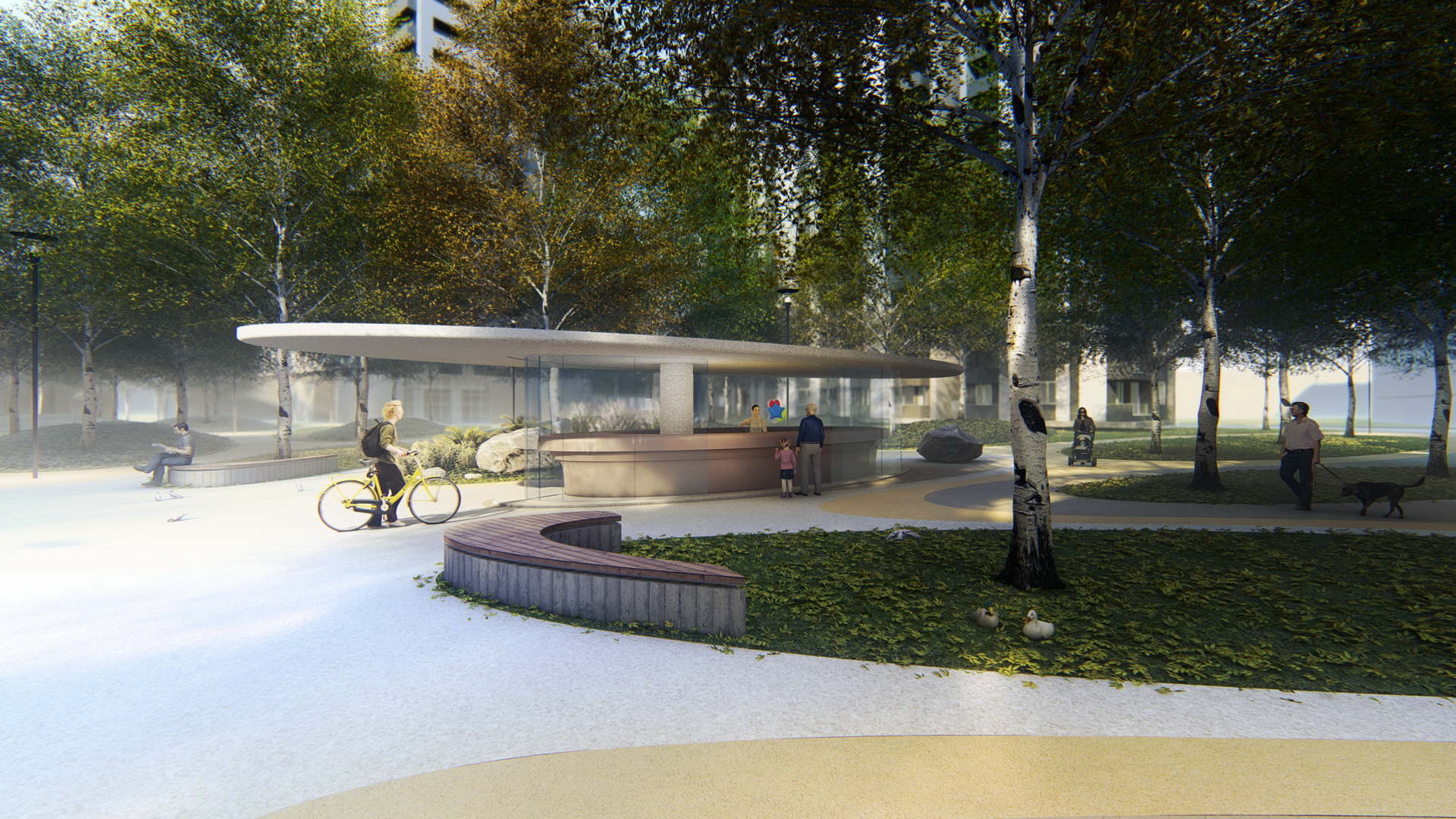 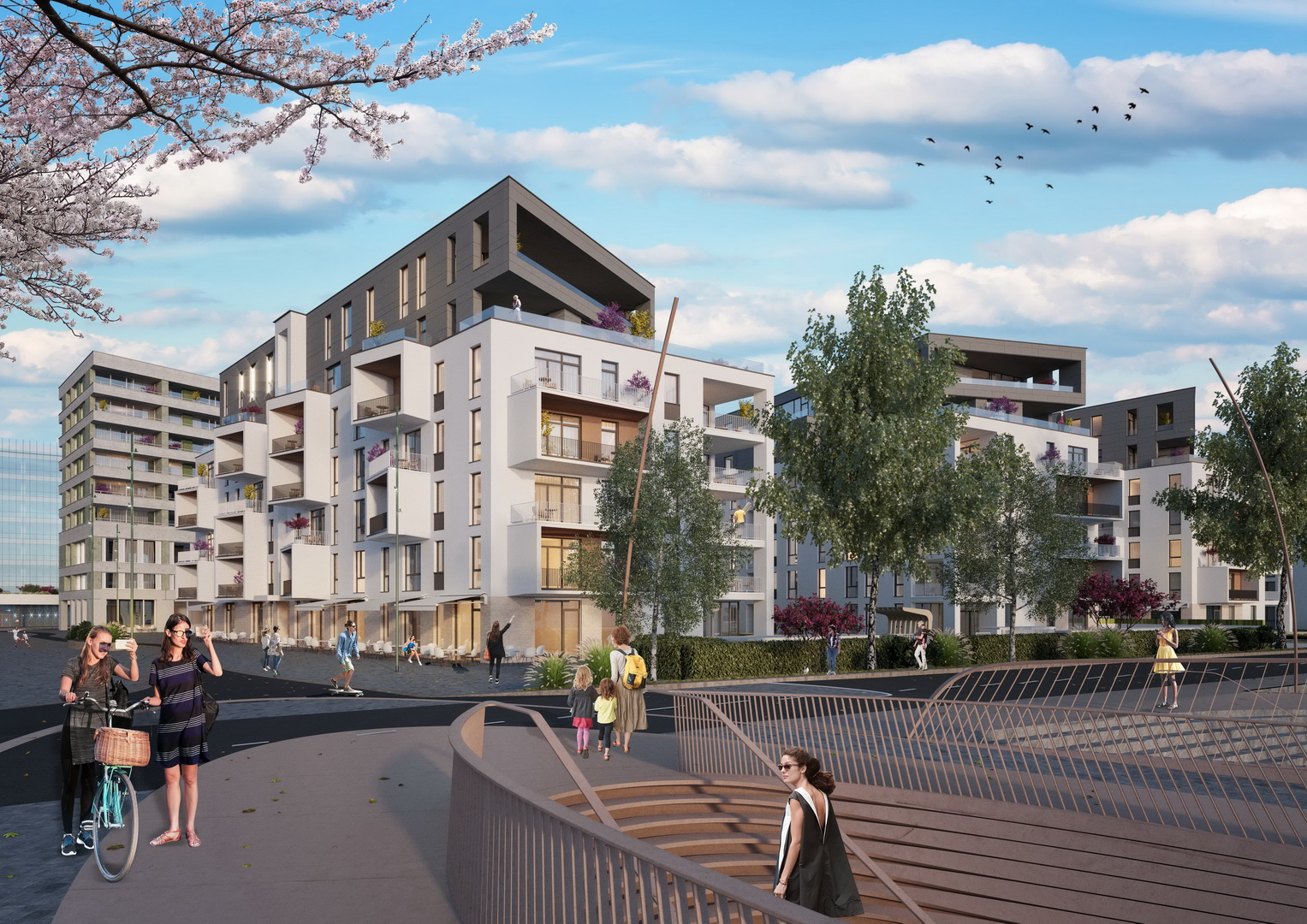 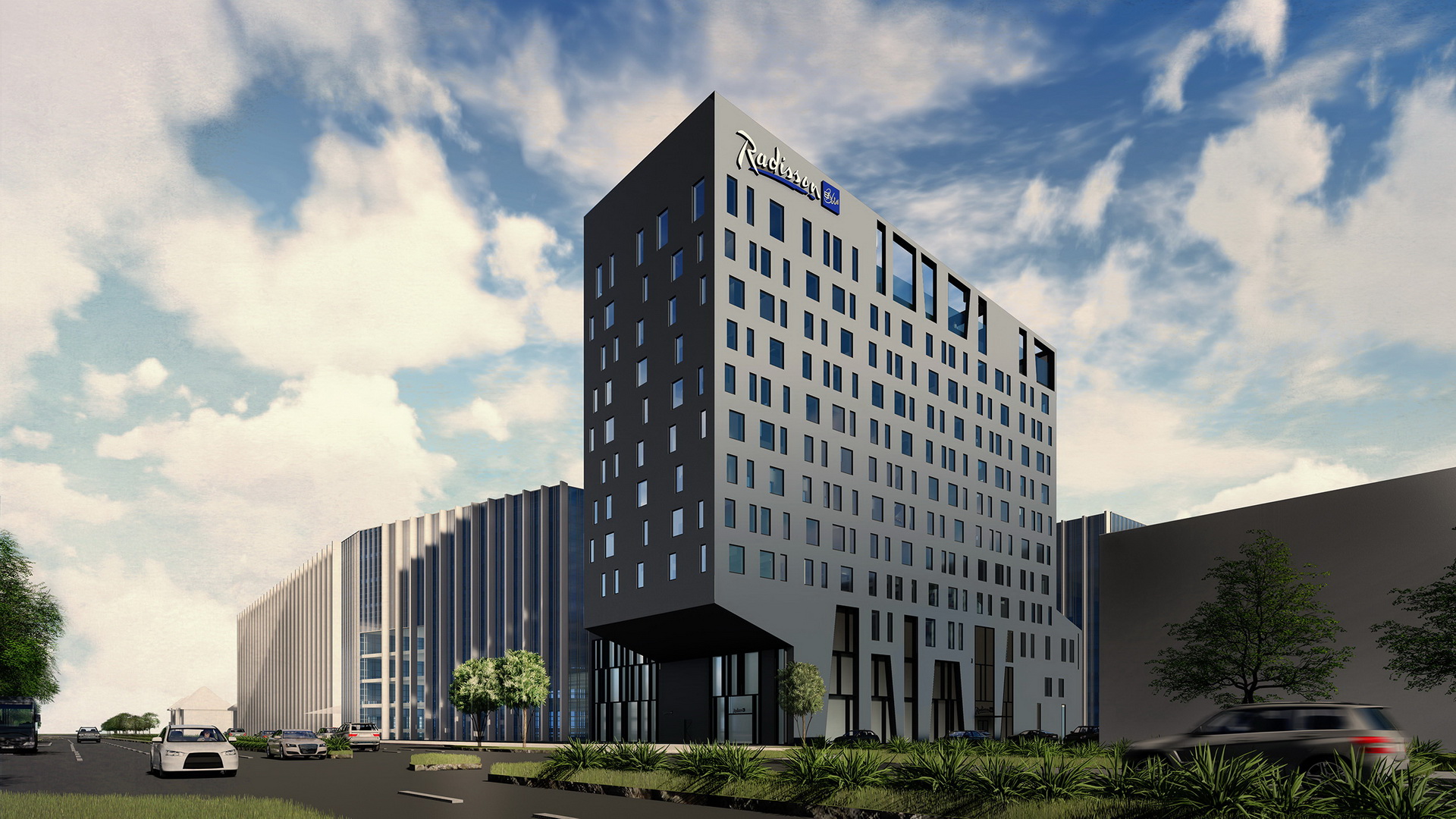 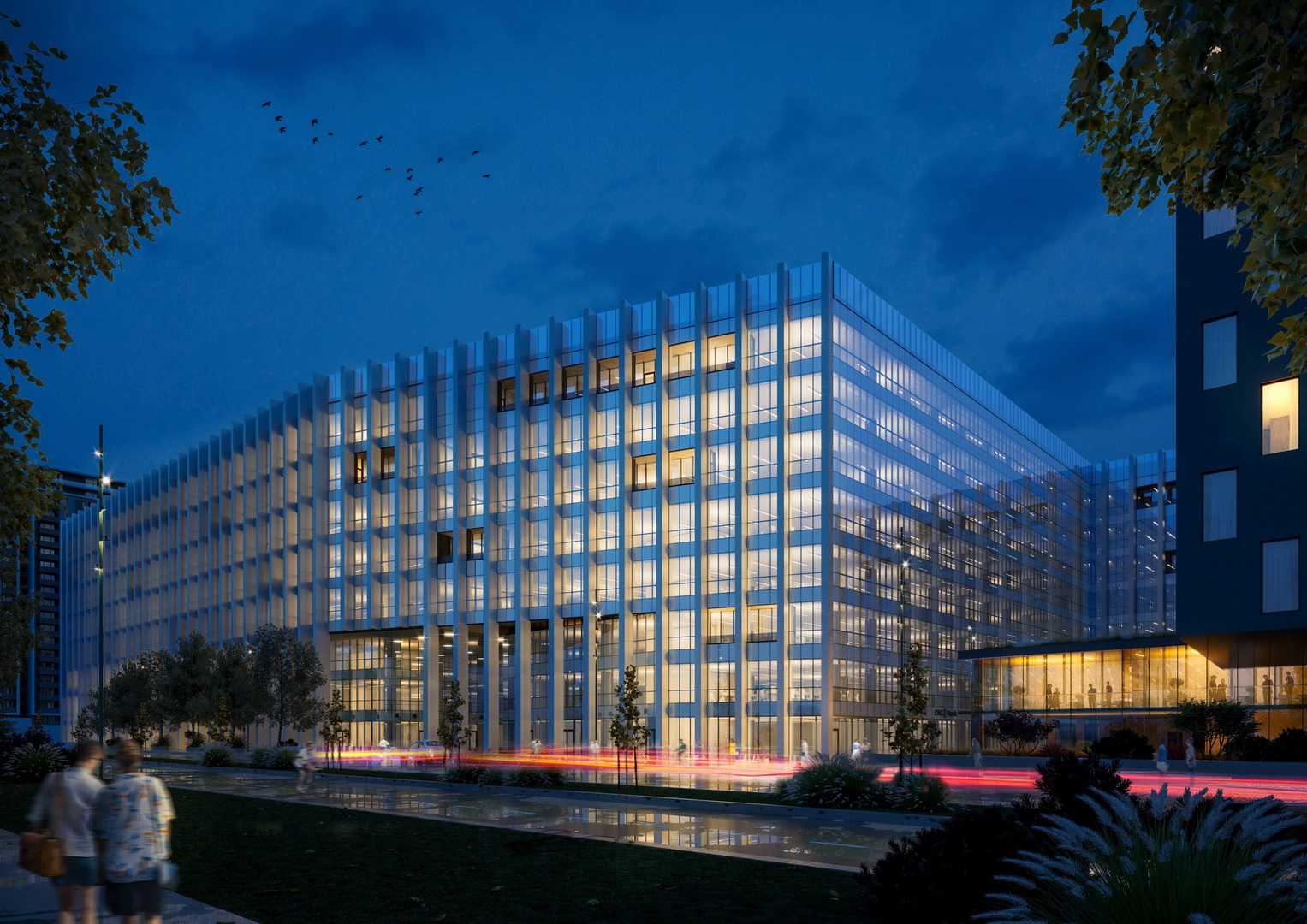 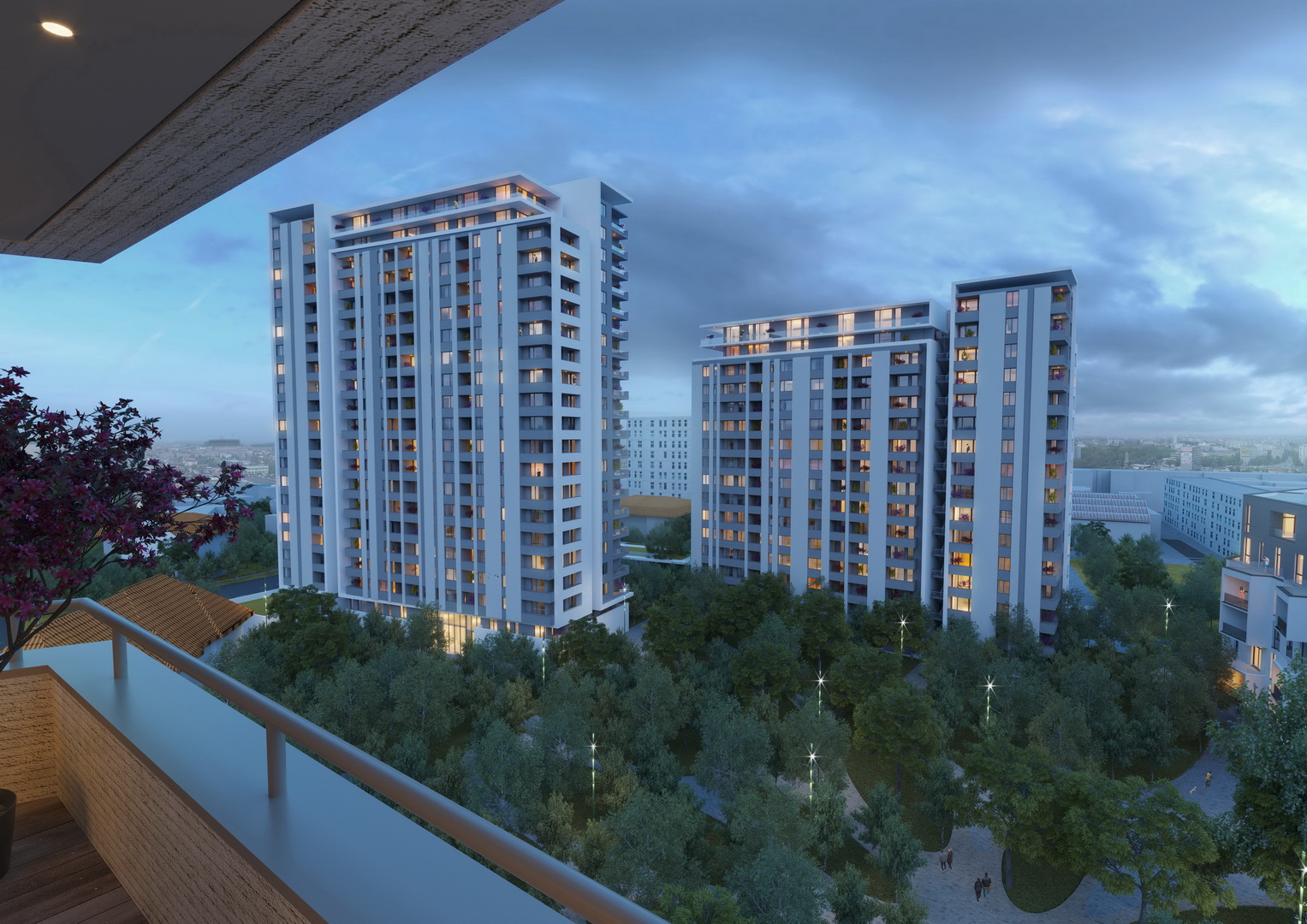 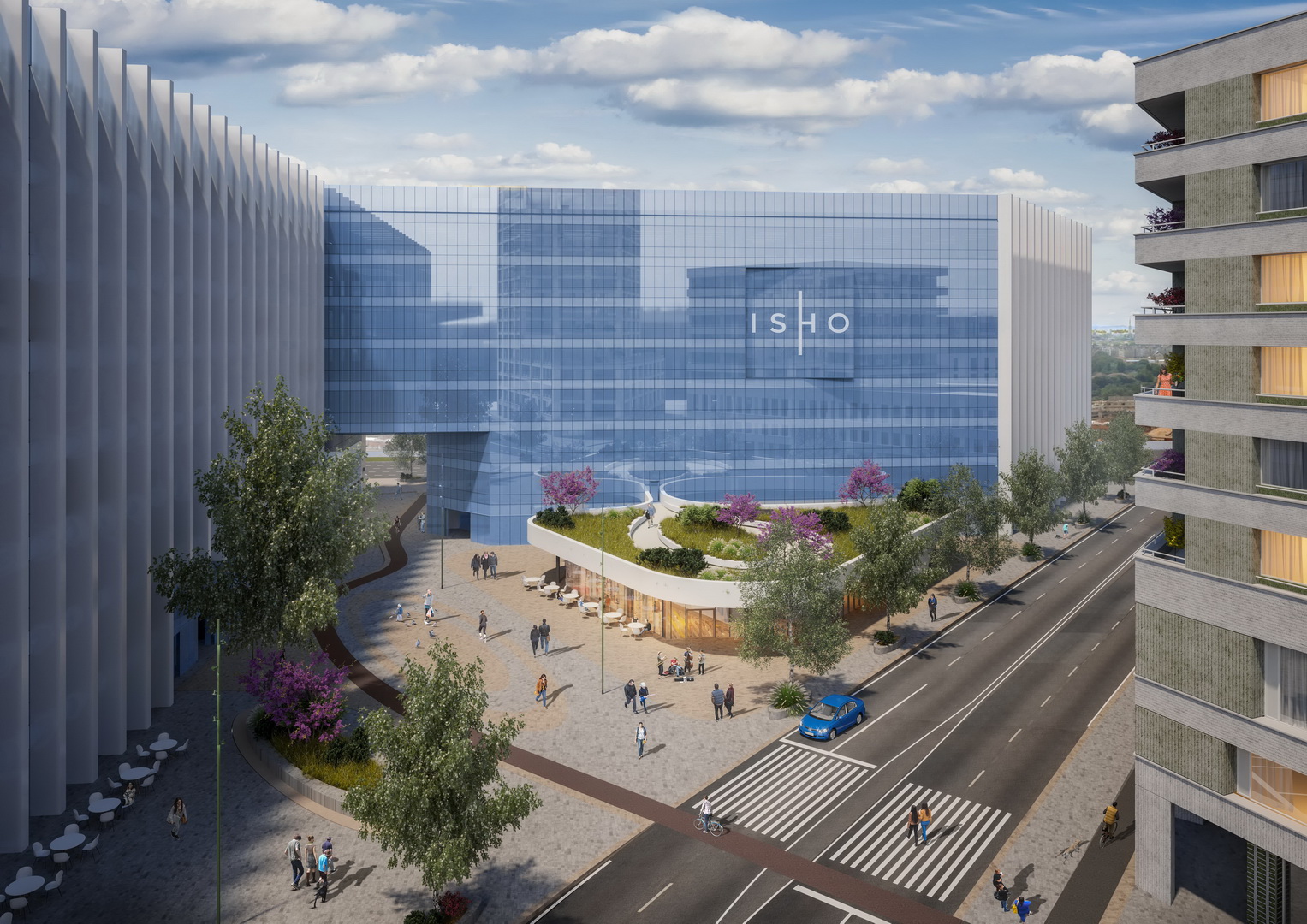 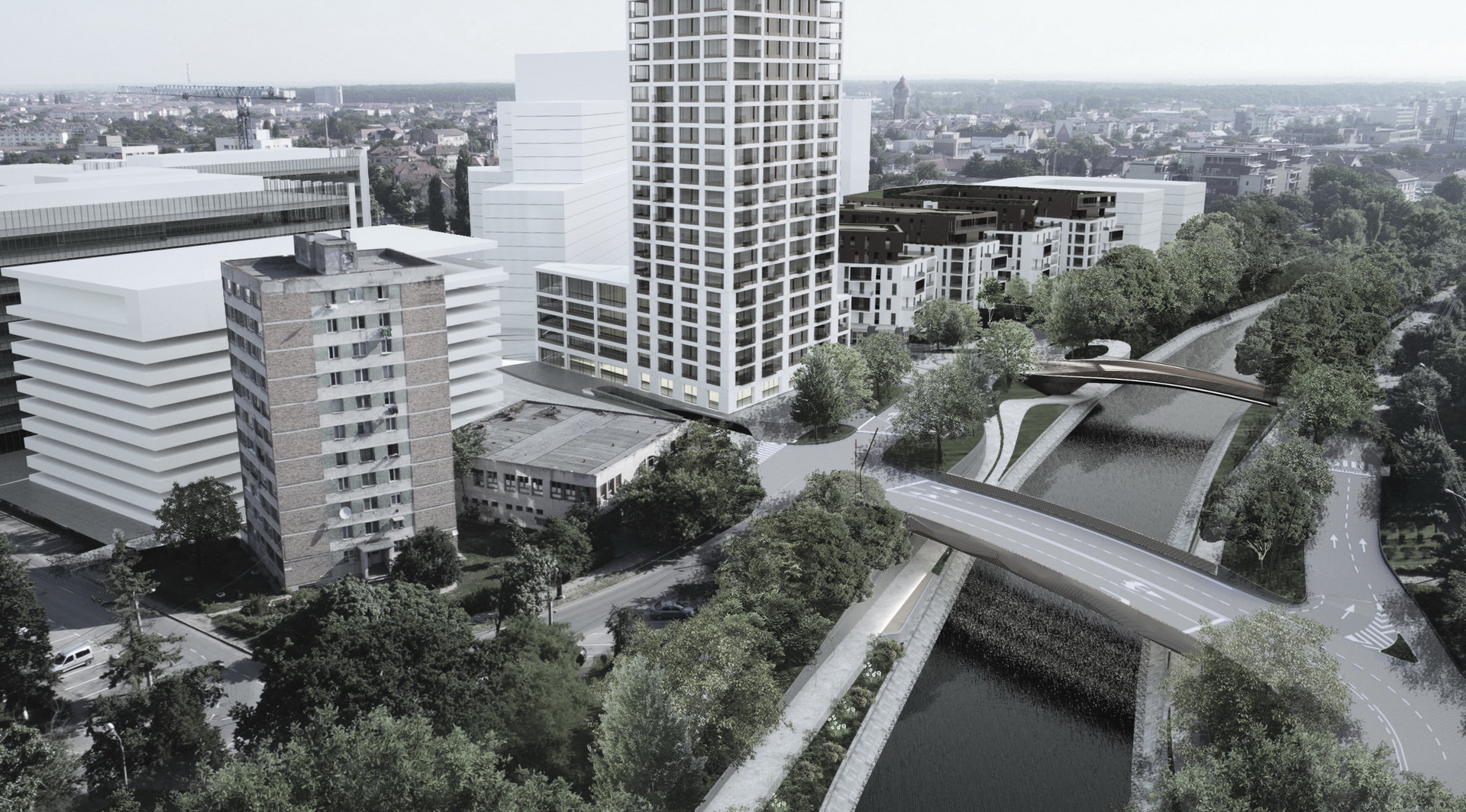 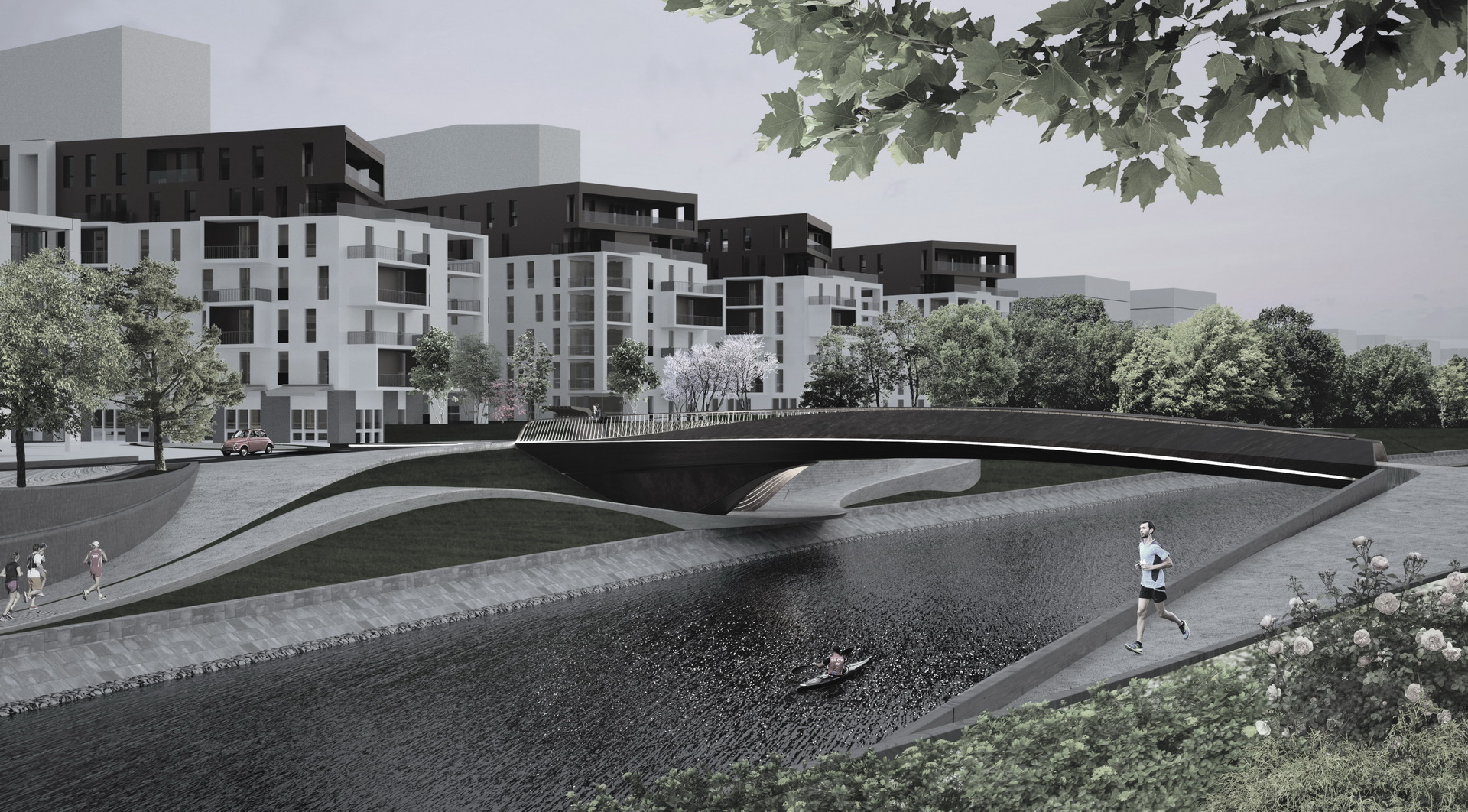 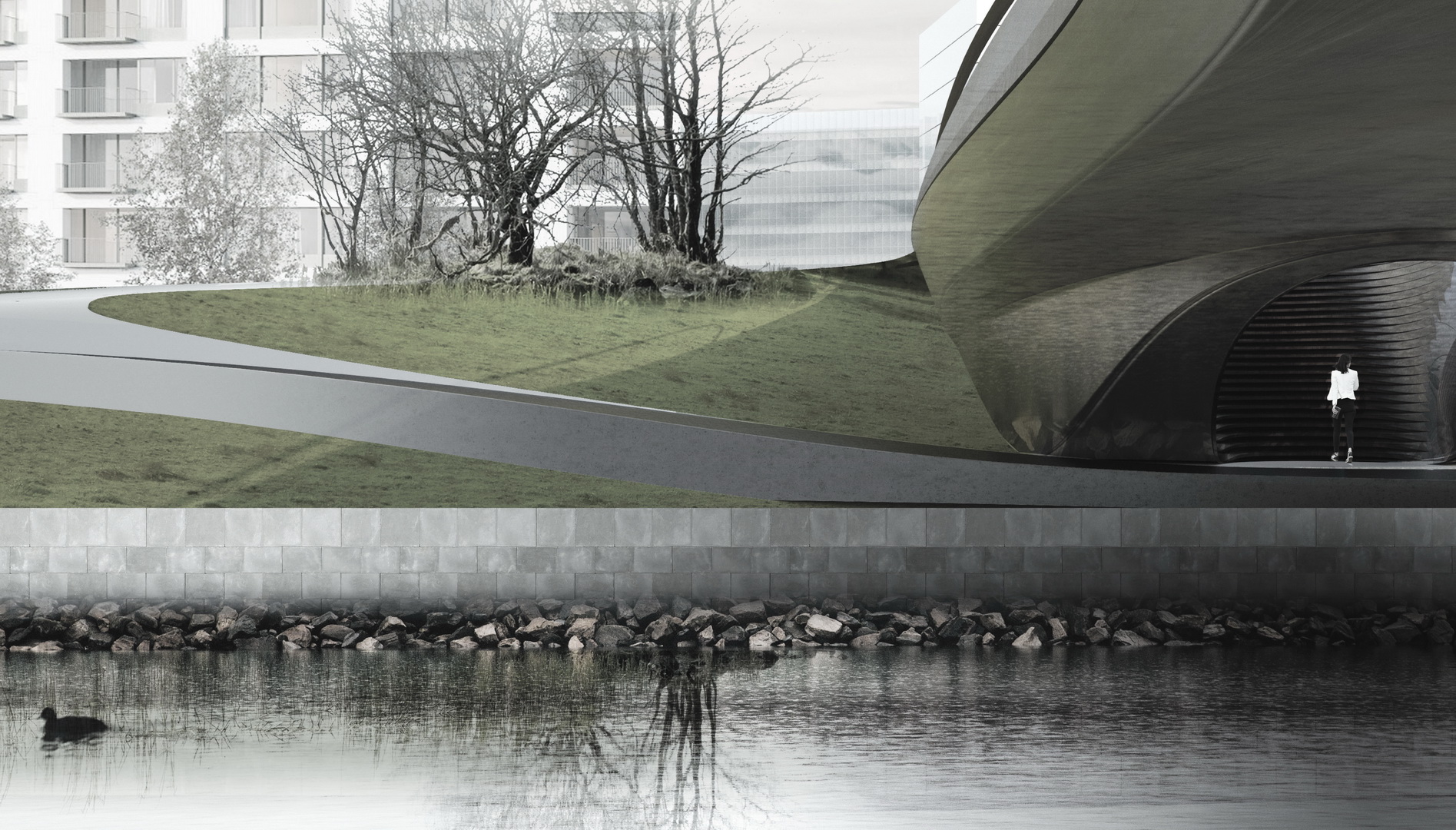 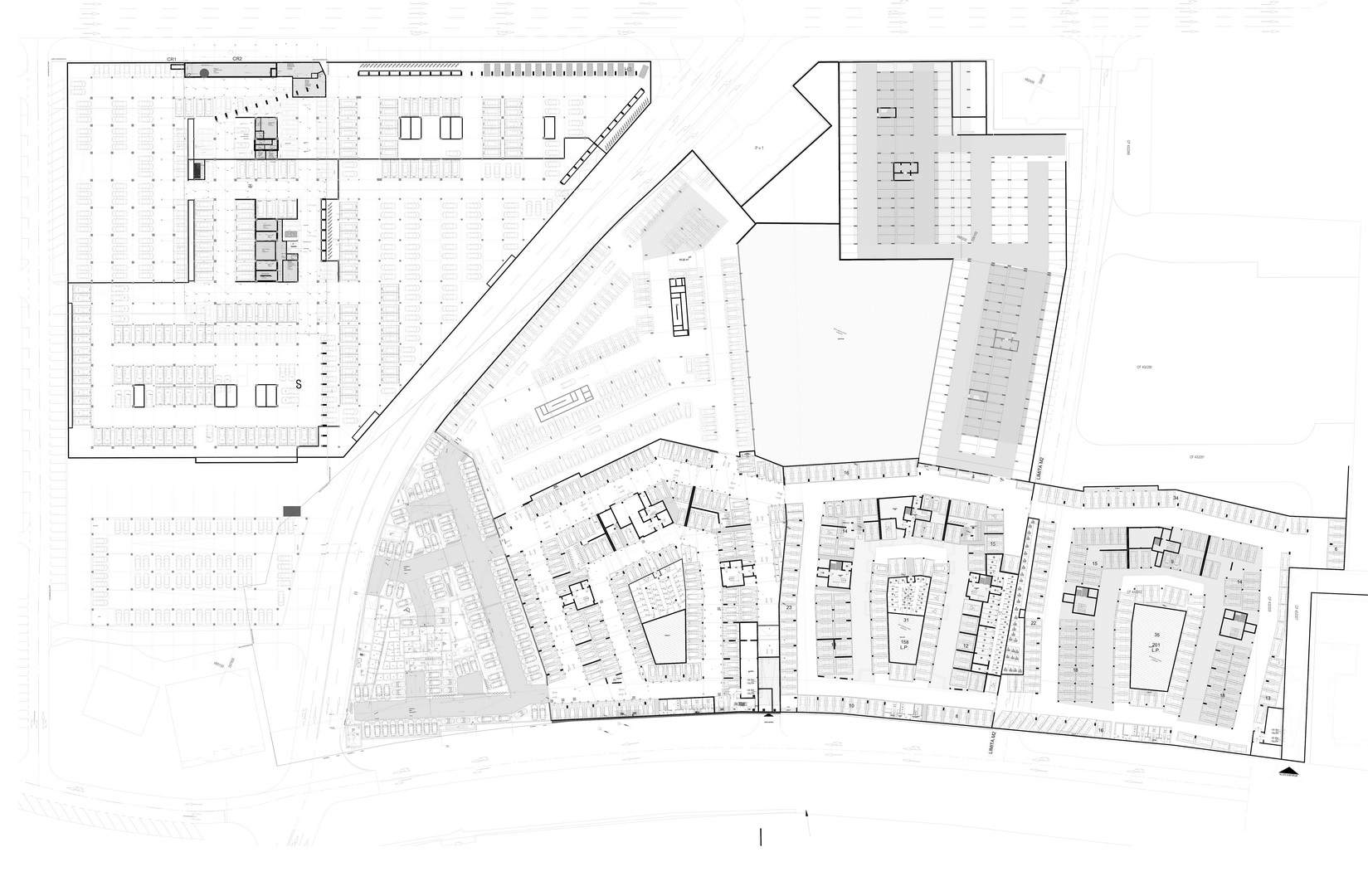 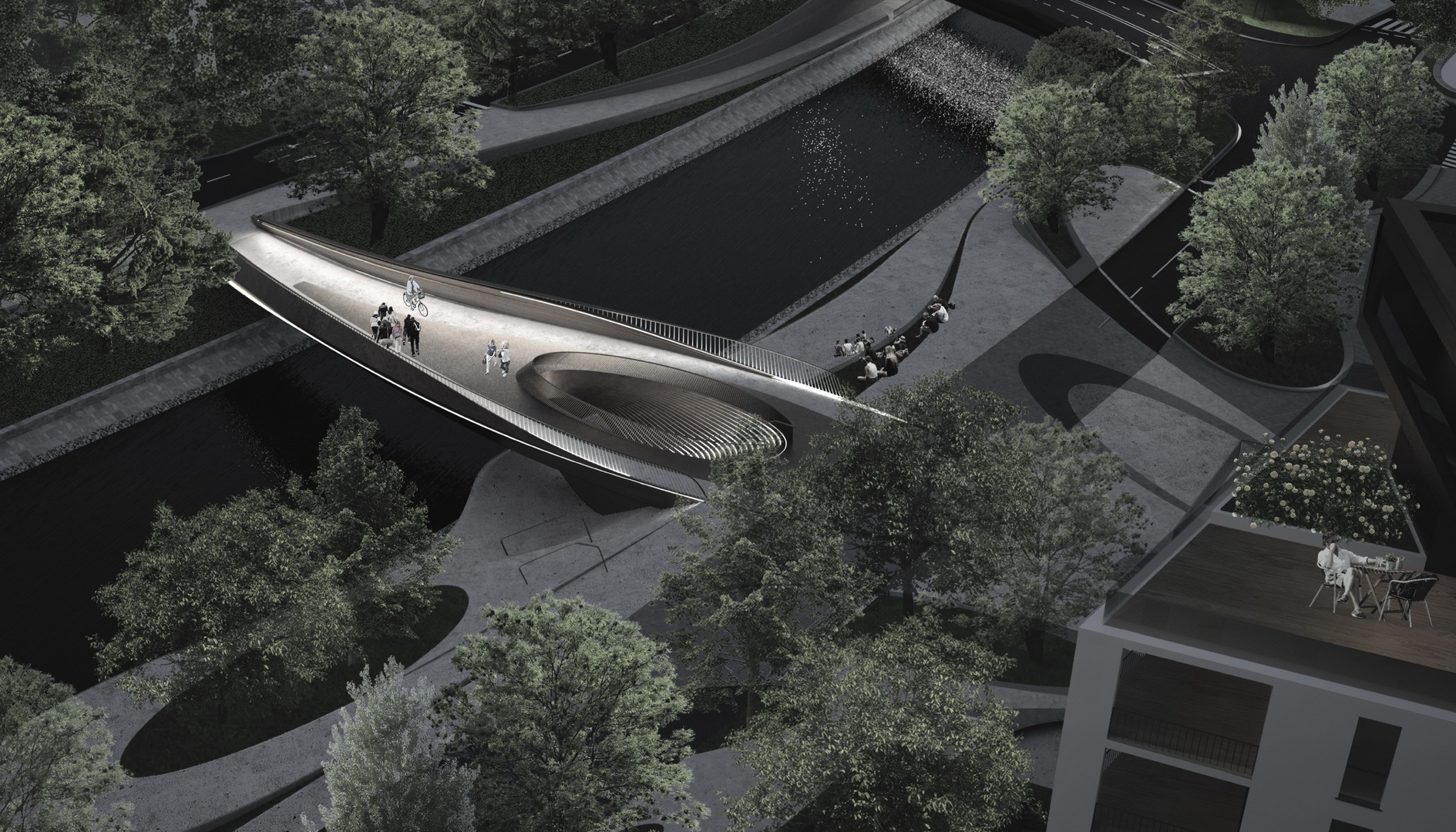 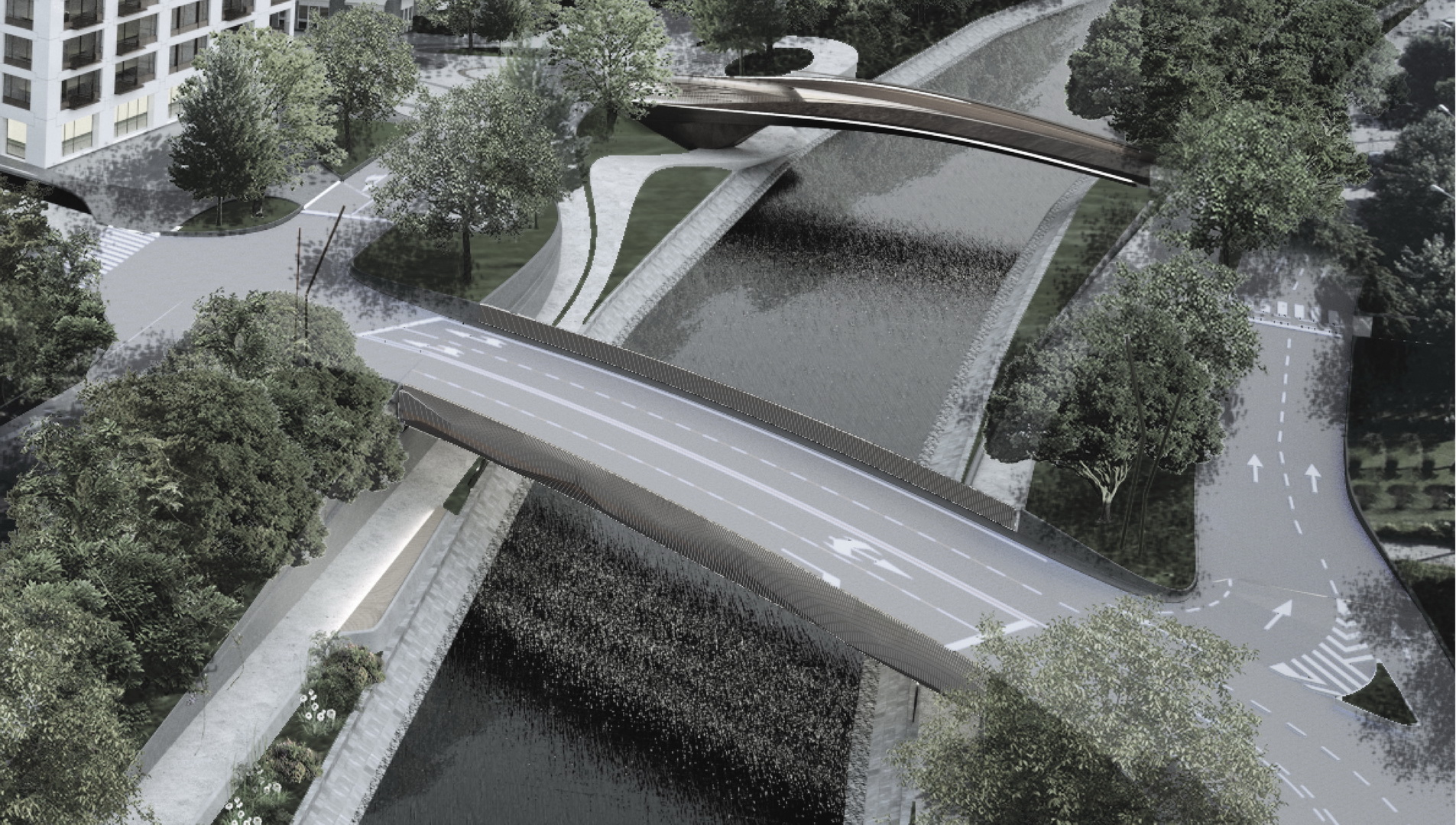 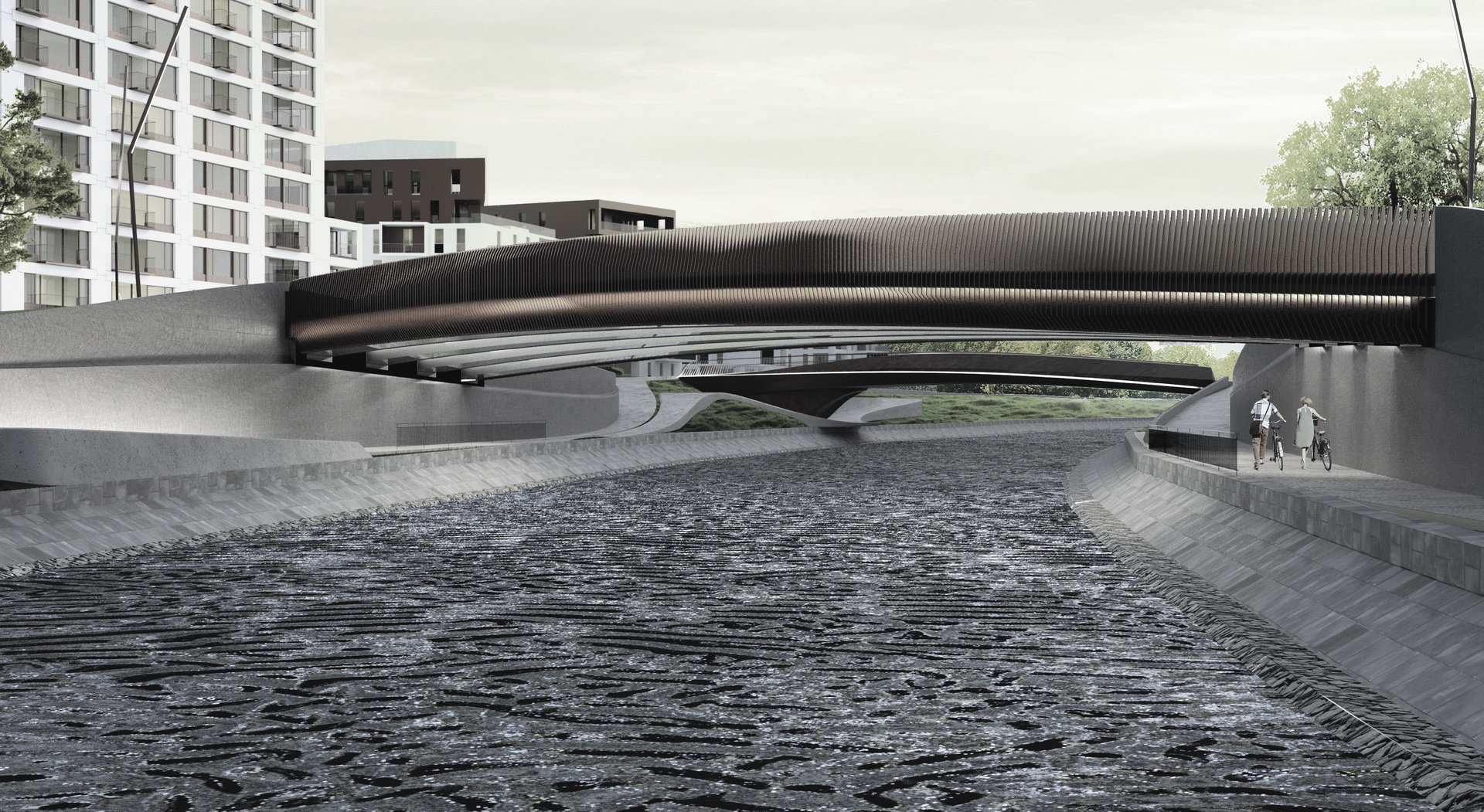 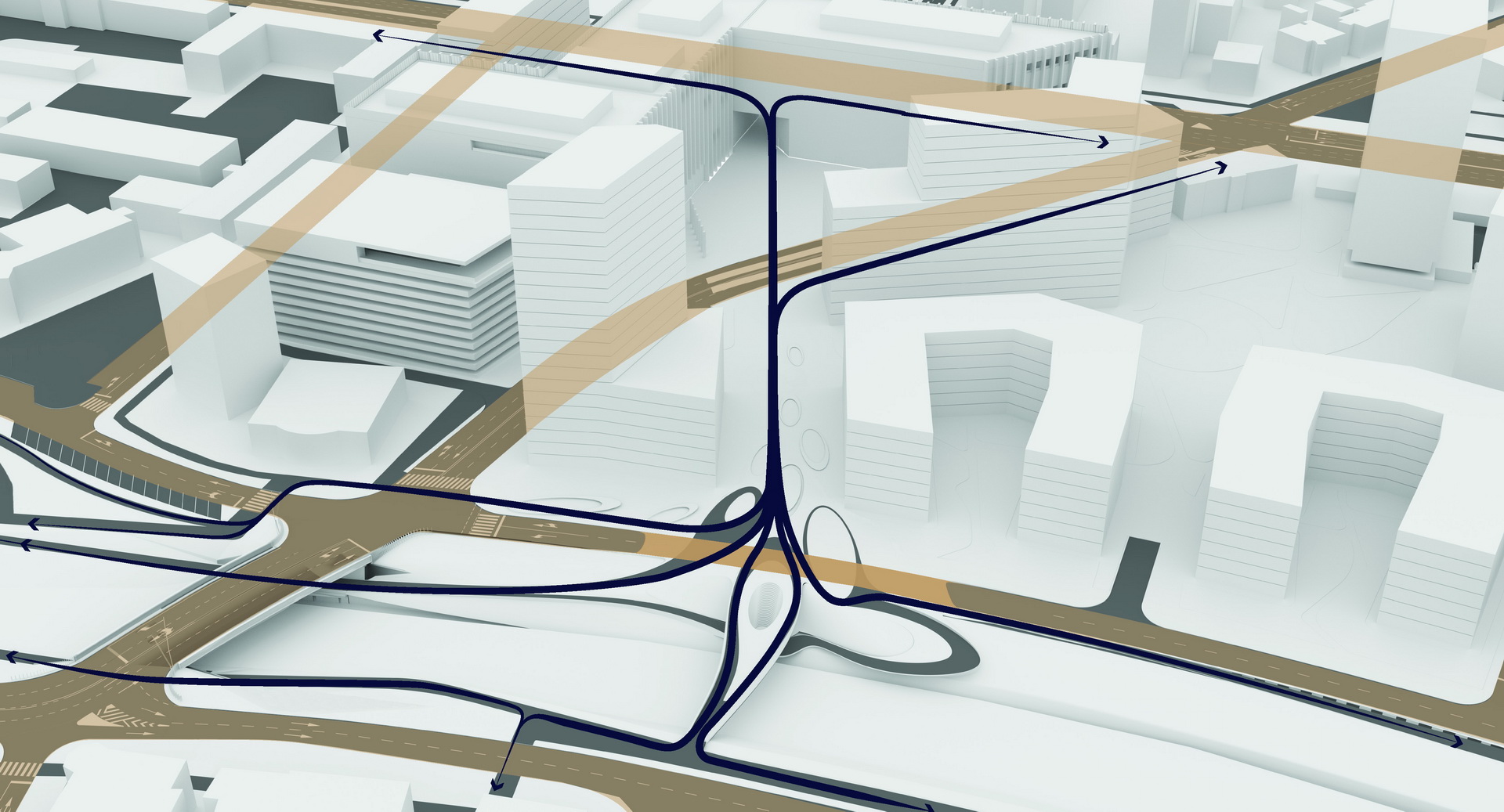 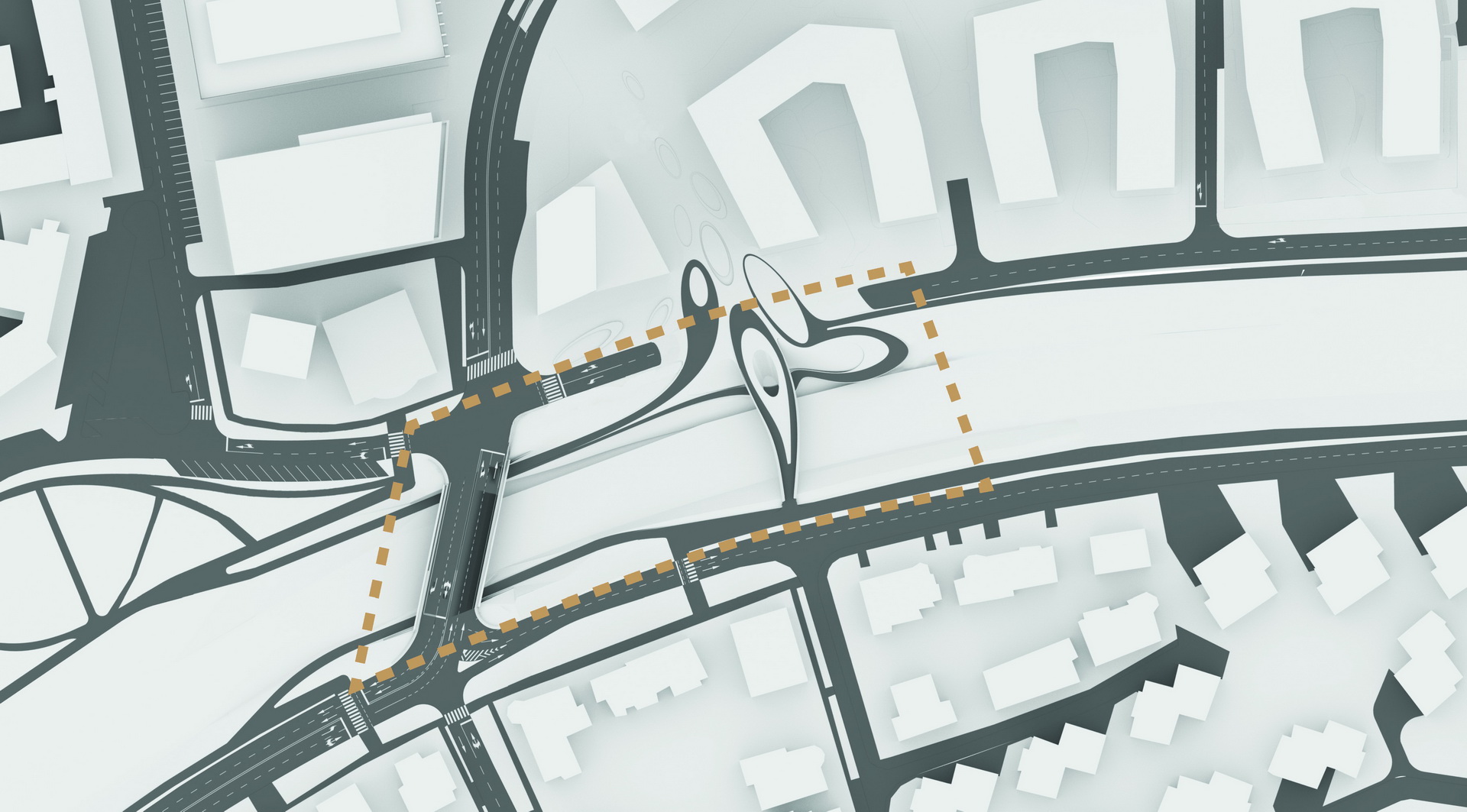 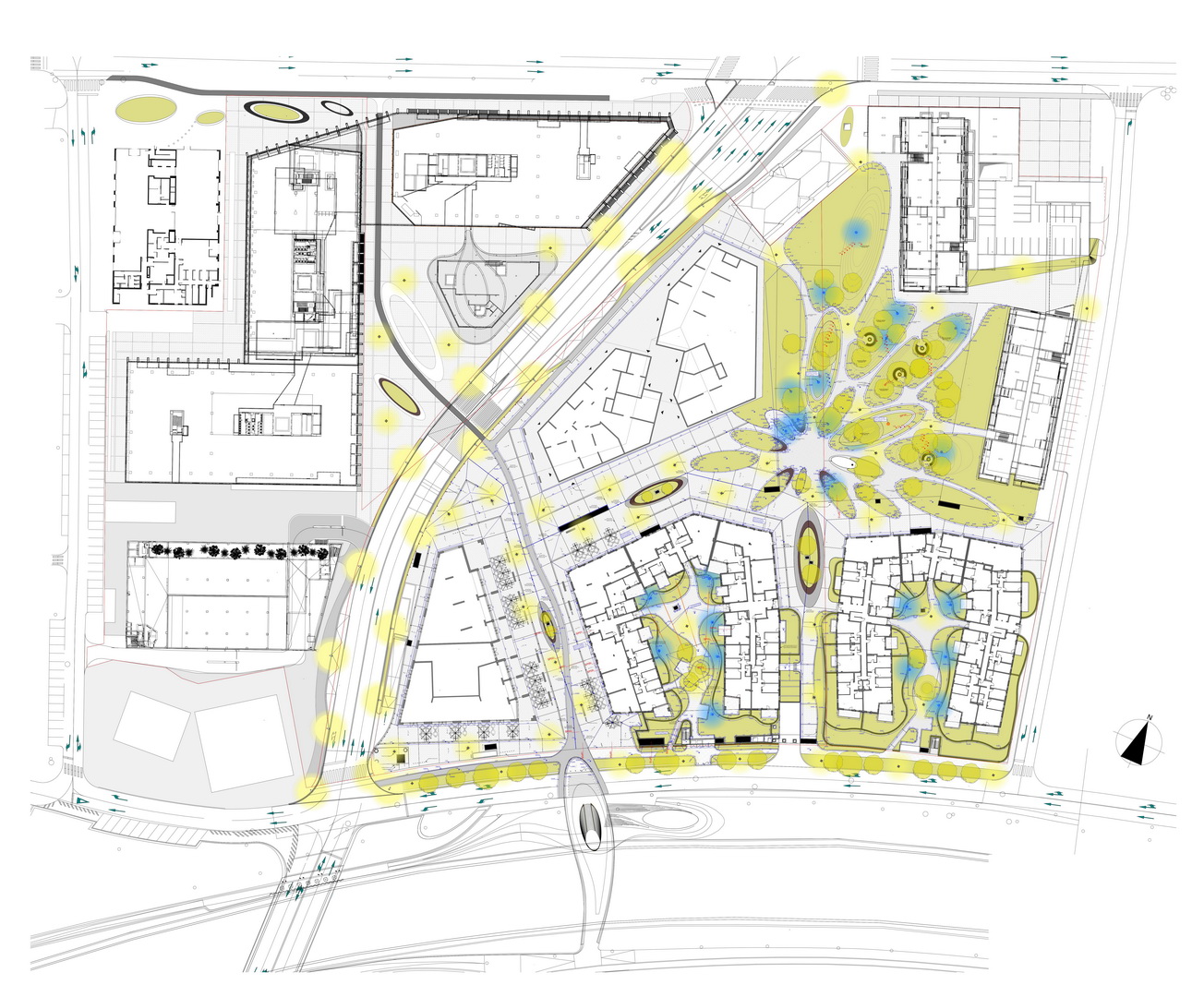 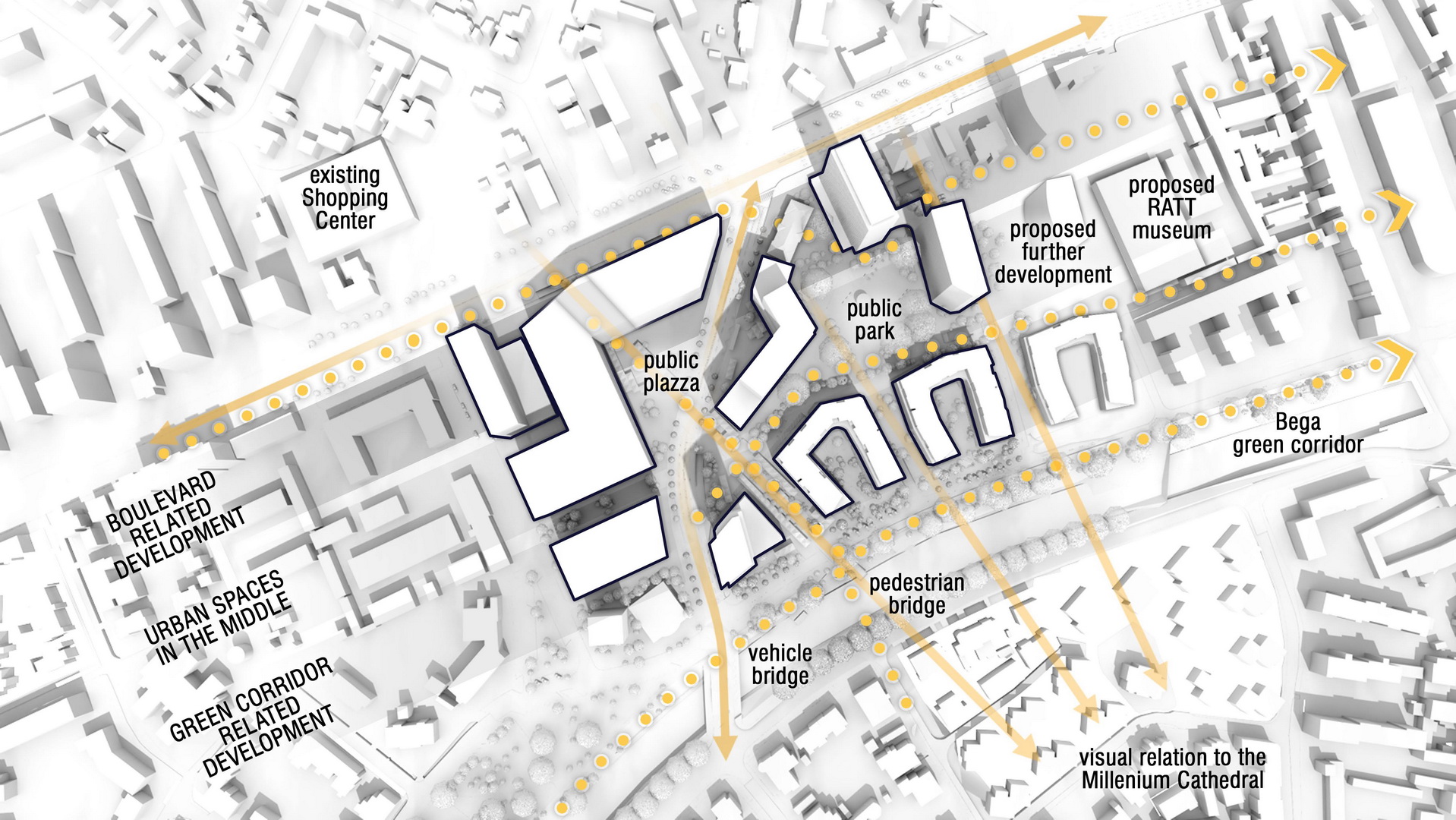 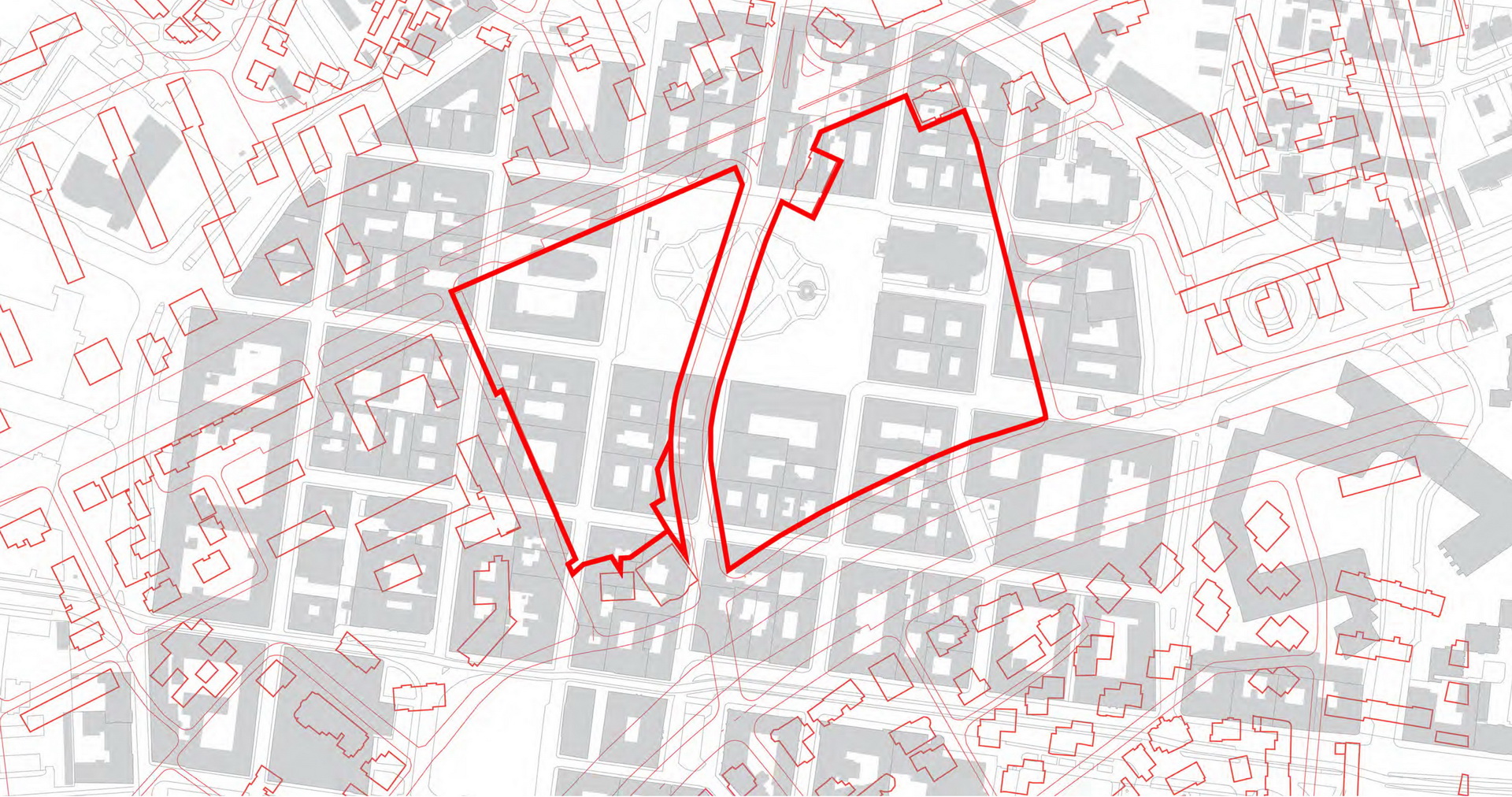 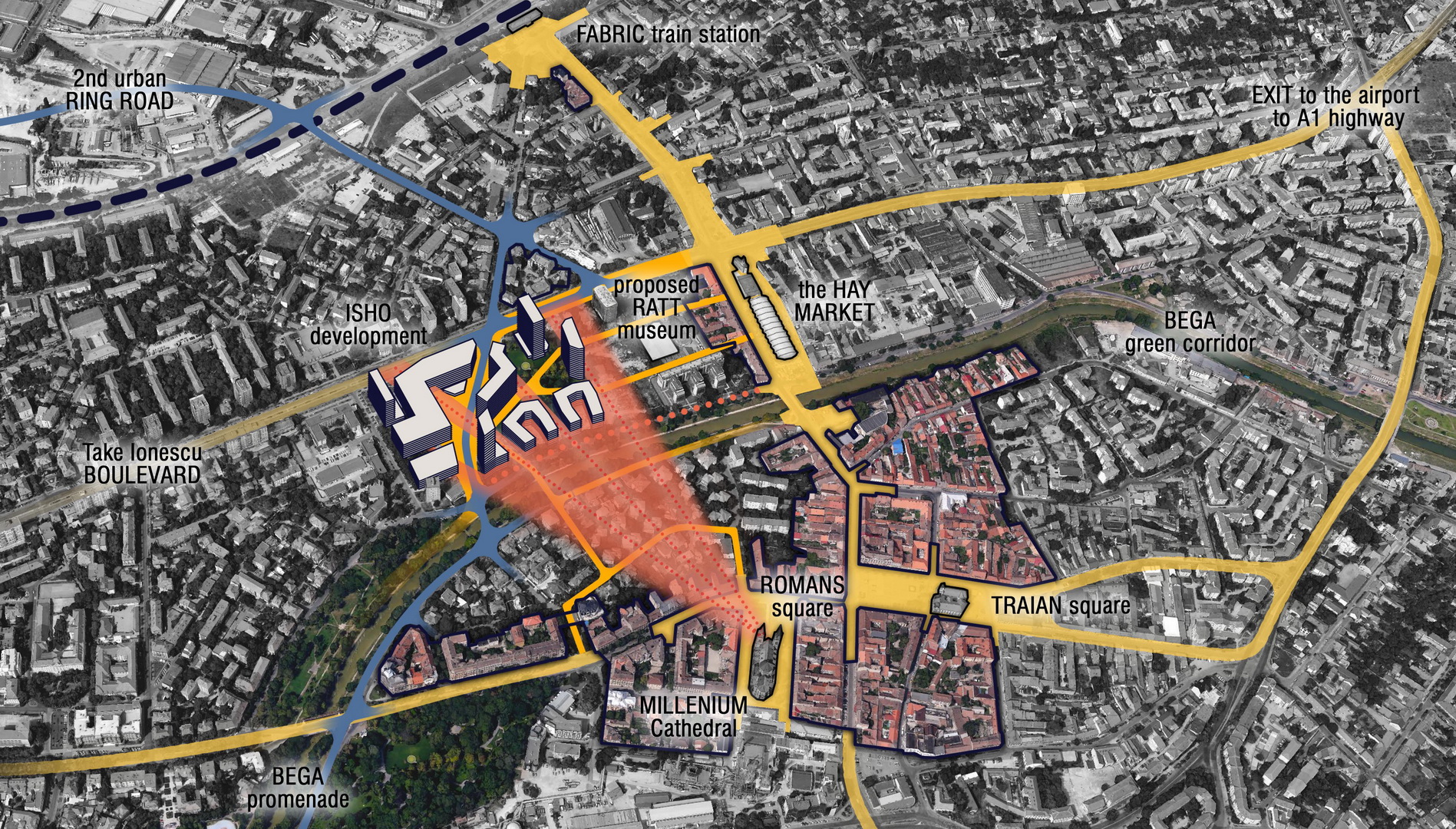