The Palace of Politechnical Society 118, Bucharest by Georgeta Gabrea BIA

The aim of the project is to reinforce and restore the building and to give it back to Calea Victoriei in order to help it regain its fame of elegance and beauty. The building is one of the most important presences on Calea Victoriei.

The aim of the project is to reinforce and restore the building and to give it back to Calea Victoriei in order to help Calea Victoriei to regain its fame of elegance and beauty. 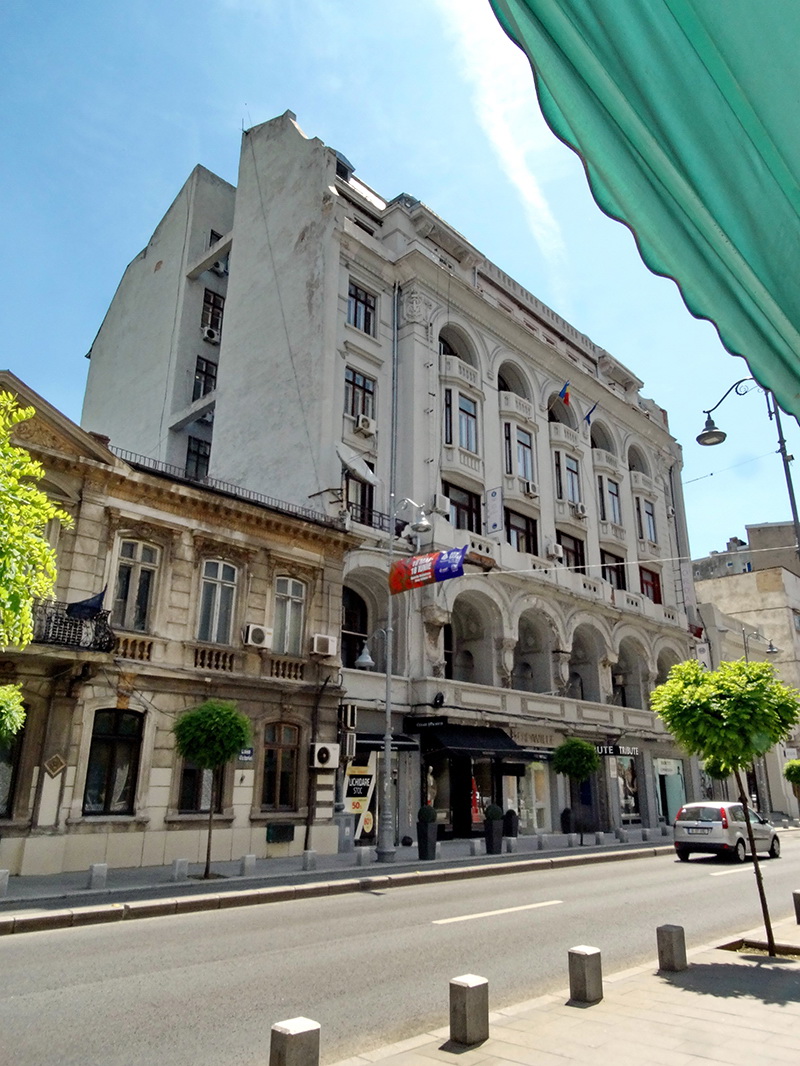 The building existing on 118, Calea Victoriei in Bucharest, has been built between 1925-1927 for the offices of the Politechnical Society of Bucharest, which has been constituted at 30. October 1881.

The location on Calea Victoriei is between Hotel Athenee Palace , the new COS building,and the street leading to Piata Amzei, in the neiborghood of Stirbey Palace, Hotel Radisson and Saint Joseph Catholic Cathedral .
The design project has been done by three of the most important personalities of the time in Romania – the architect Petre Antonescu, the structural engineer Constantin Vasilescu and for the concreet structural design was responsable eng. Emil Prager.

The architect Petre Antonescu was the founder of the Romanian Highschool of Architecture. Among his most known works is the building of the City Hall of Bucharest, Hotel Palace and the Casino in Sinaia. The structural engineers , Constantin Vasilescu and Emil Prager were big personalities in their field.
The building is one of the most important presences on Calea Victoriei . It is a patrimony building.
It has an underground floor, a ground floor, a mezzanine , 5 floors and the 6 th level is retired from the main plan of the facade of Calea Victoriei. It has a total area of 4300 sqm.and a generous attic.
The structure has to be reinforced.The facades are for the moment in a bad shape and need to be restored.The roof, too.

In the evening, the main facade on Calea Victoriei will be artistically lightened in order to make Calea Victoriei, once one of the most ellegant streets in Bucharest, to regain its charm an ellegance. 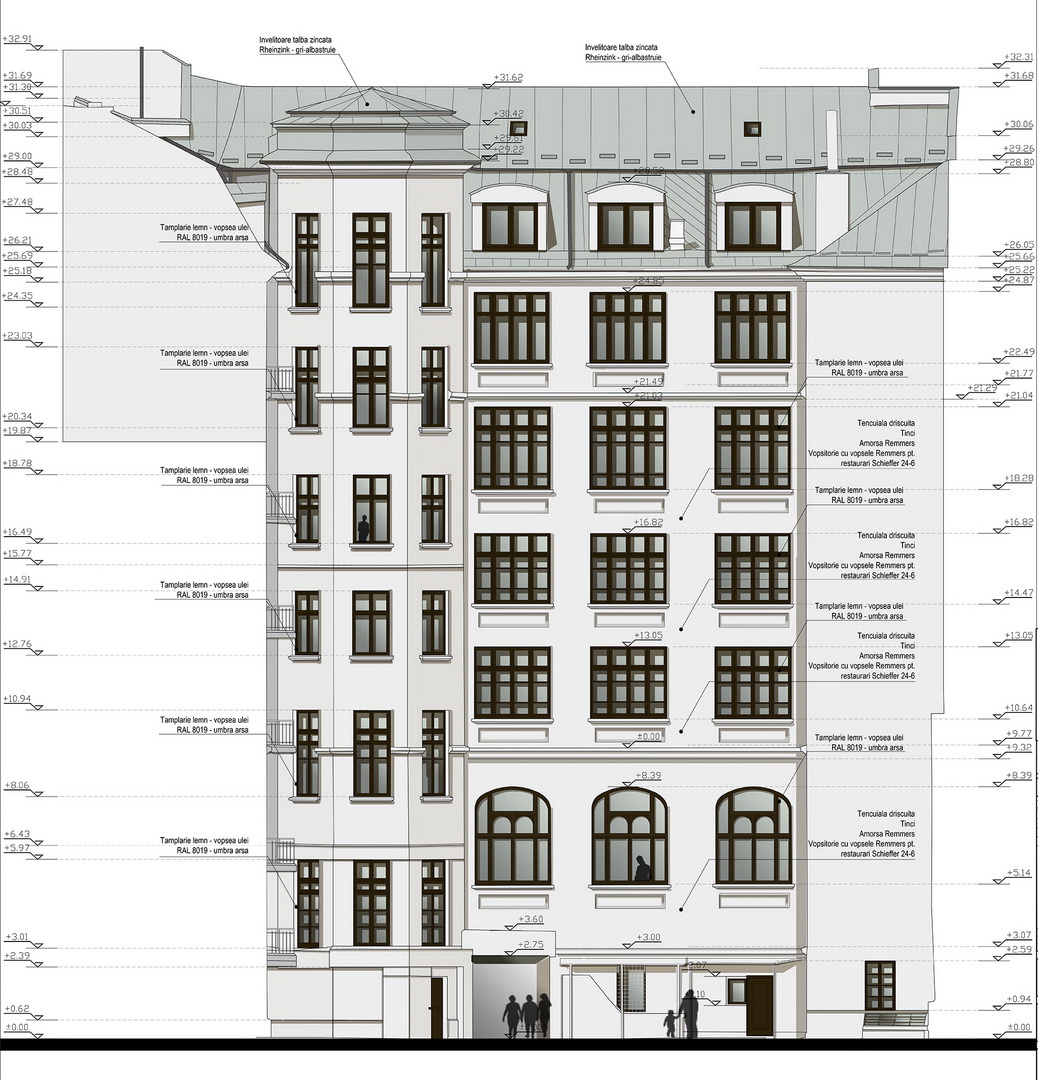 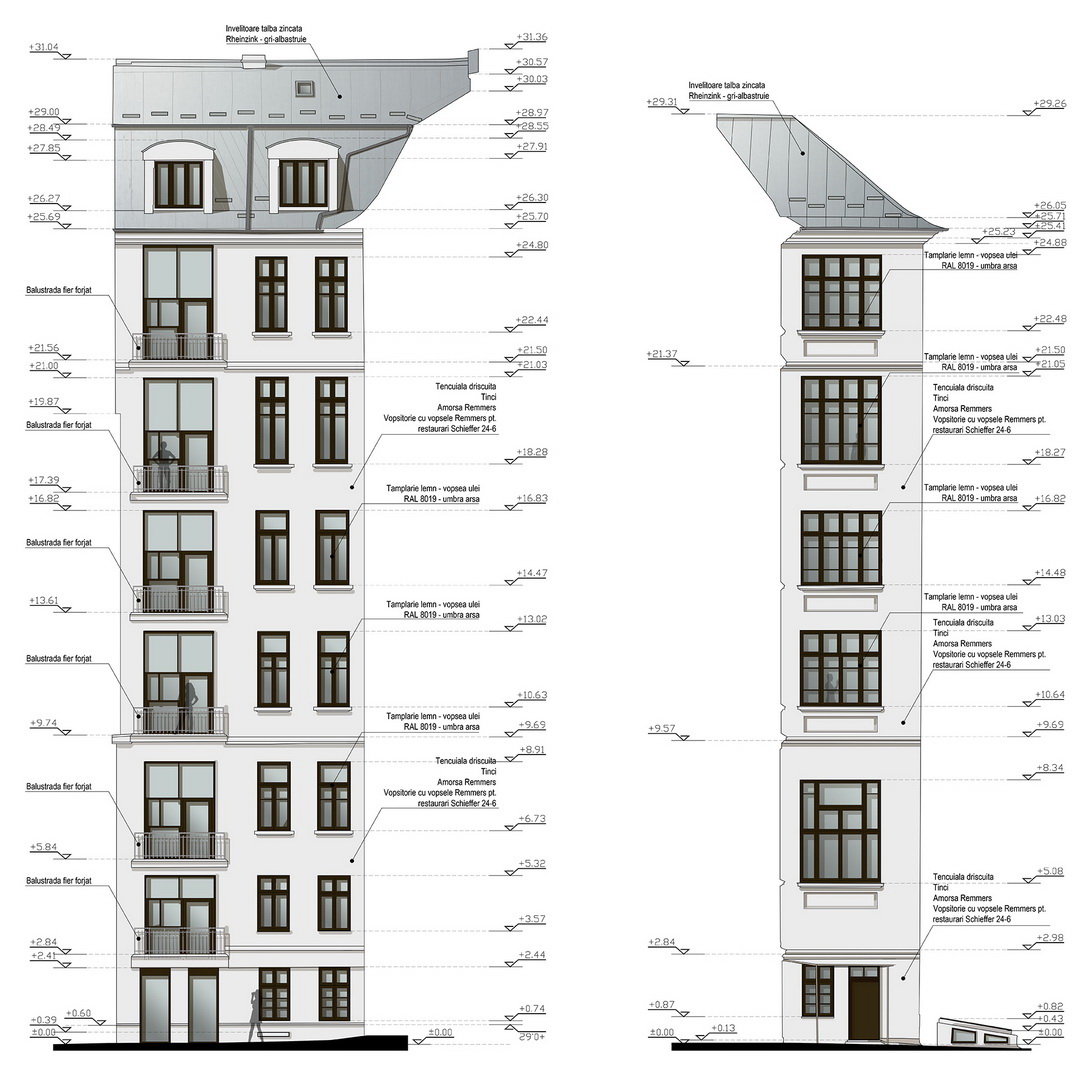 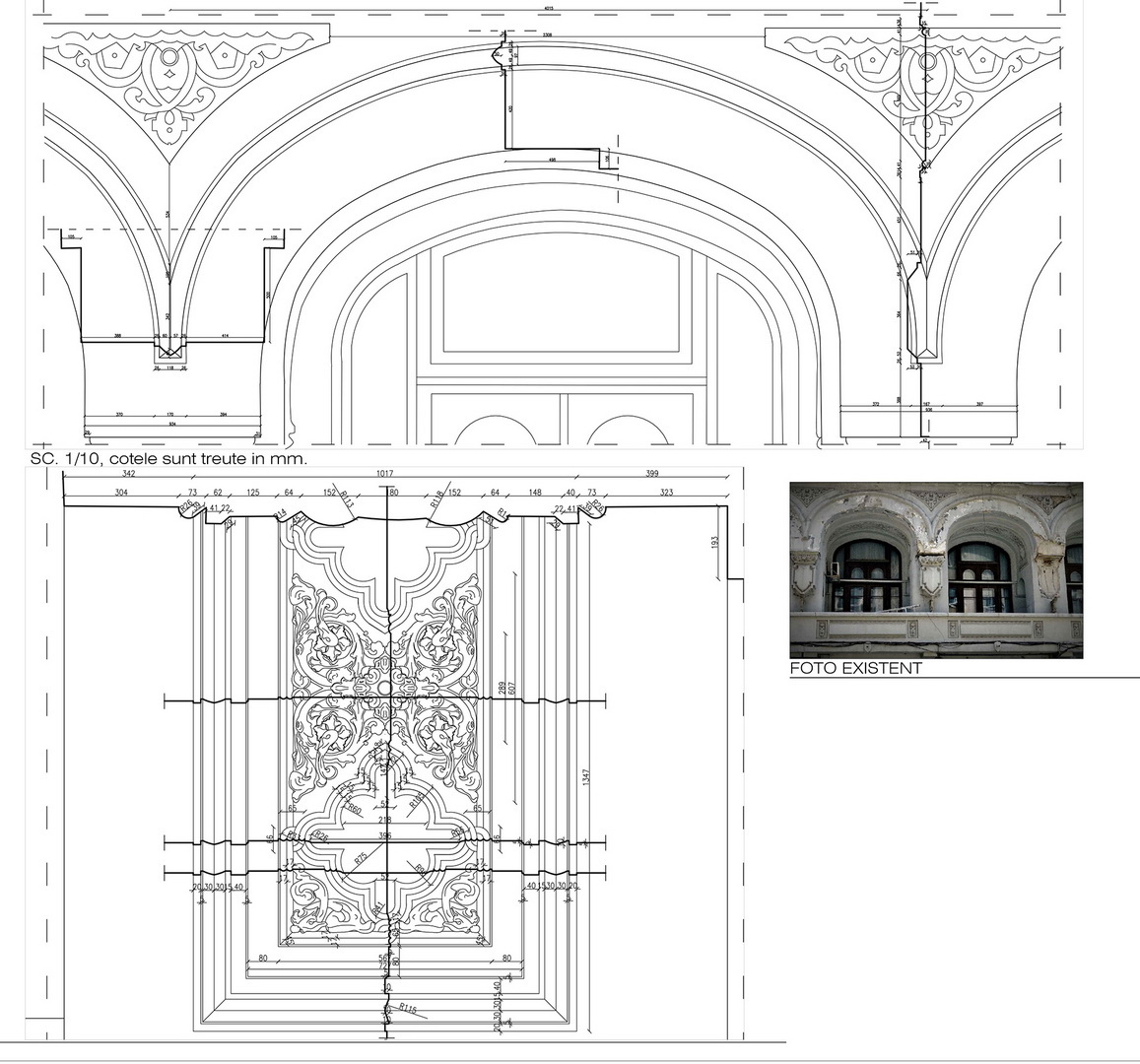 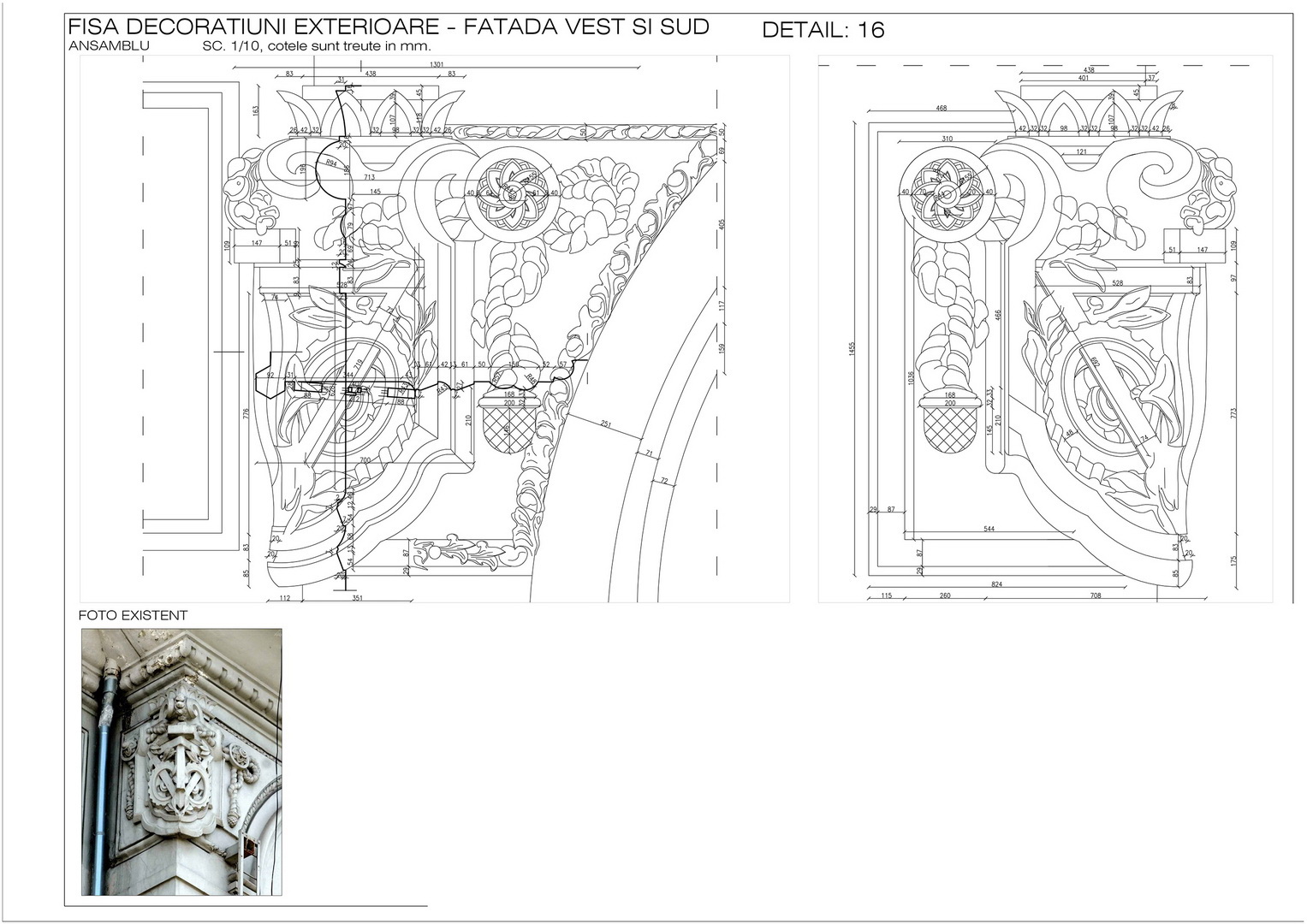 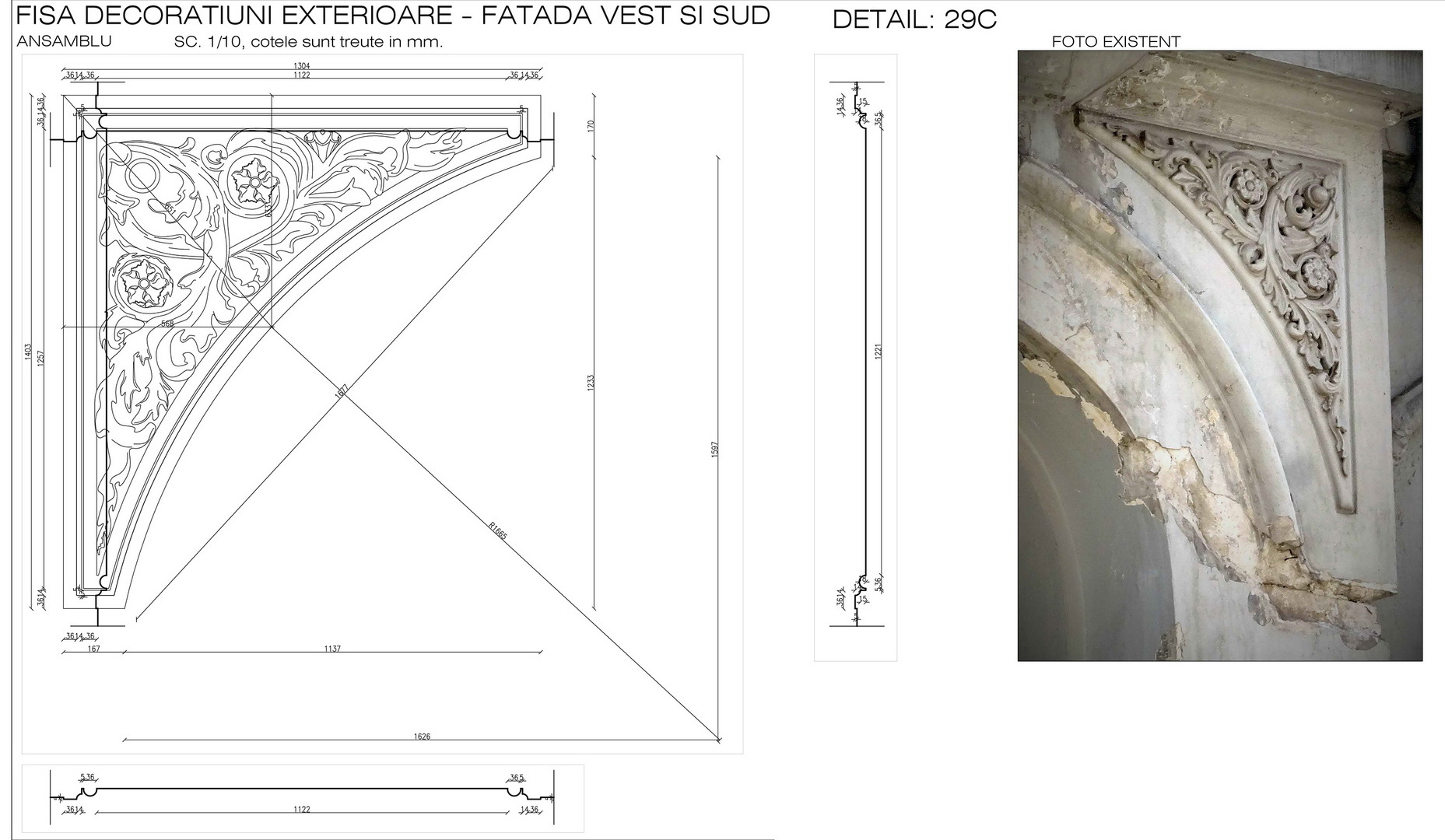 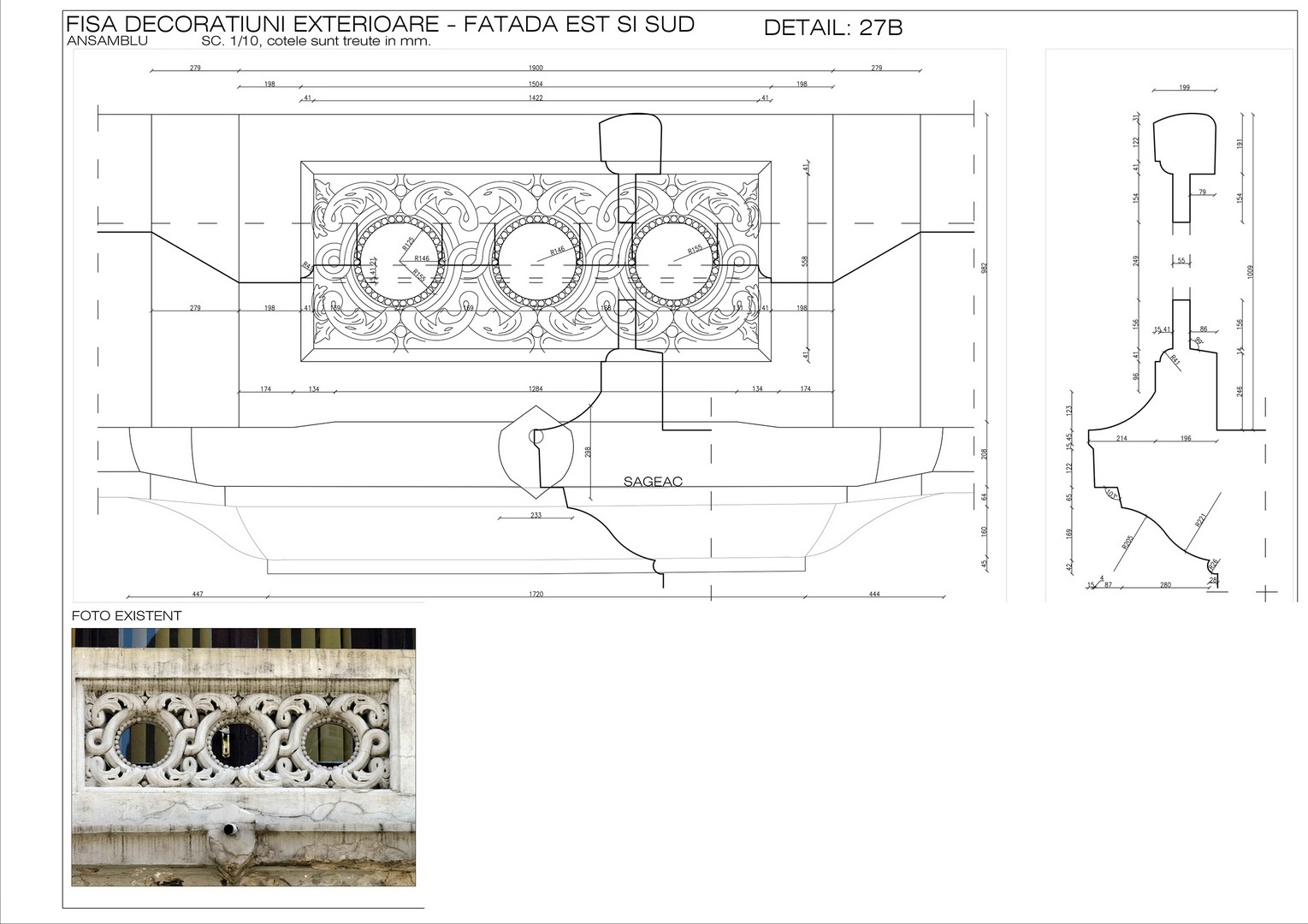 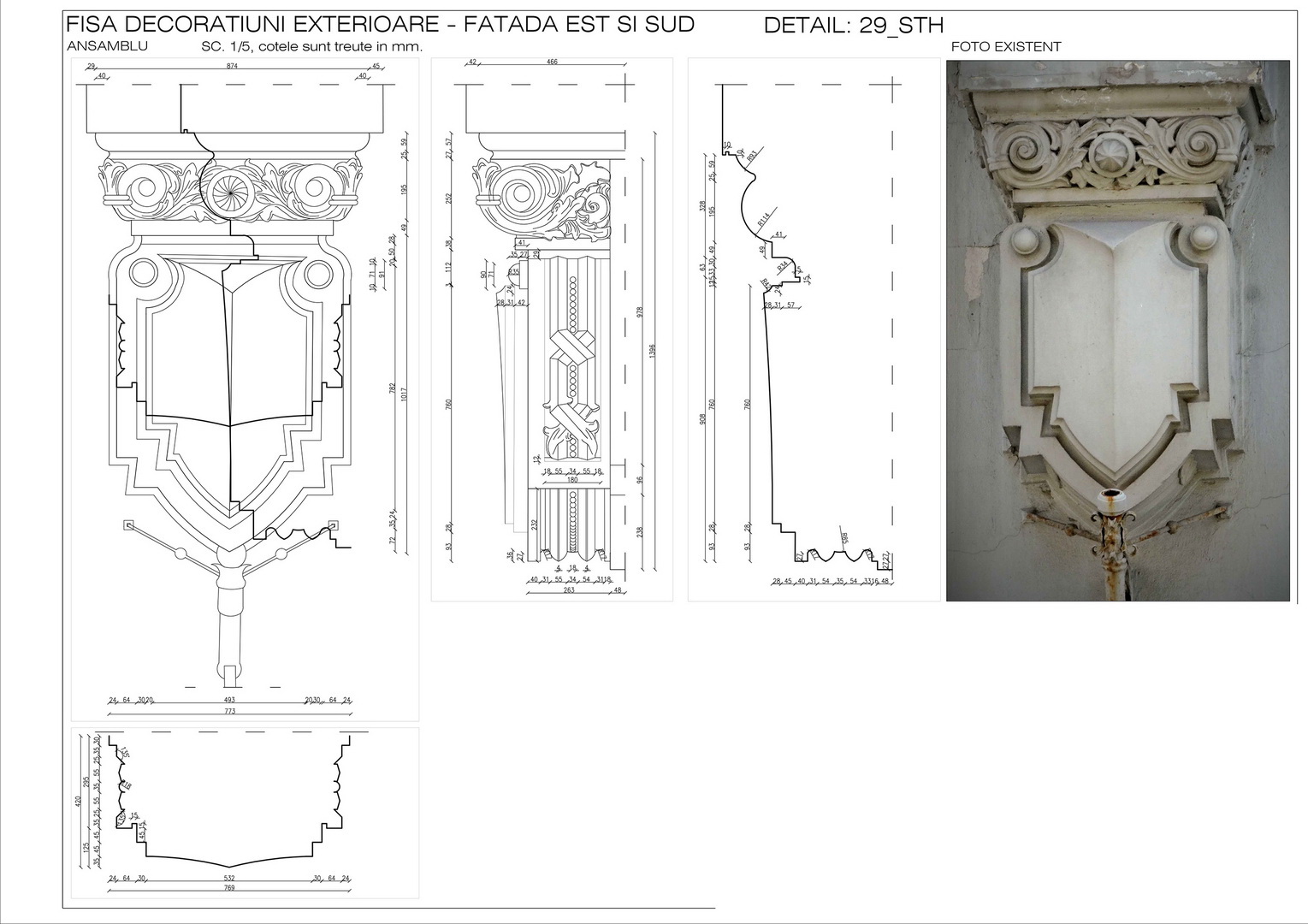